Furthermore several European countries have also joined the movement to legalise cannabis, although varying degrees of legalisation are common, as are complex laws. Loopholes exist that have to be carefully maneuvered by businesses wishing to get an early foothold in a growing global industry.

Cannabis is an industry where a large share of consumers have little to no market knowledge. During the prohibition era of cannabis (still ongoing in most of the world) cannabis was sold as a one-dimensional product which came in 3 basic forms. Weed, skunk* or hash (check the definitions below).

Weed would have generally been grown outdoors and often contain seeds and it would be the “bud-light” of the cannabis world. This is the main form of cannabis smoked in the 60s, 70s and 80s and idolised in songs by bands from the Beatles to Dylan. Skunk* (also sensimilla) rose to prominence in the 90s. This new type of indoor-grown cannabis had no seeds, lush buds and multiple times the THC content of older varieties. Finally hash the cheapest form of cannabis which was resin which was extracted from the unused parts of the plant.

Sure, in some countries with a more developed cannabis culture, some cannabis smokers may have had the option to buy a few different varieties of weed (thai stick/ purple) skunk (white widow) or hash (pollen, brick). However, that would be the equivalent of going to a bar which only served one type of beer, a red wine, a white wine and some unlabelled moonshine.

*Skunk as used by the mainstream to describe all indoor/ high-potency/ seedless cannabis. Not the Skunk strain.

Since the recent push for legalisation the industry has bloomed, growers are free to communicate and exchange genetics, novices are growing and experimenting with various strains at home, and edibles and extracts have become complex markets of their own. CBD and non-psychoactive cannabis extracts have also risen as a result of increased legal growing and the decriminalisation of hemp.

Consumers now have the equivalent option of walking into a bar and choosing between dozens of different beers, dozens of vodkas, rums, gins and scotch. The bar now even serves a wide variety of non-alcoholic cocktails (CBD) and also makes a variety of in house tailored cocktails.

Early categorisation of cannabis relied on the taxonomy of strains and created 2 generalised families of cannabis — Indica & Sativa. Indica genetics would usually mean a short and leafier plant while sativa would produce taller, skinnier planets. This categorisation of cannabis lead to also separate the various strains into two main categories based on their perceived mental and physical effects. Sativas would give heady, energetic highs while indicas would produce a more relaxing body high. As the science and data grows around cannabis these early blanket categorisations are no longer scientific enough, as Indica strains could produce sativa like effects and vice-versa. As the industry is gathering more data it is also becoming increasingly complex to follow.

The sheer volume of strains and cannabis related products is overwhelming, even for people closely following the industry. Casual consumers have even less knowledge and hence rely on the referral of friends, budtenders (a new job description which occurred with the legalisation of cannabis) or a celebrity endorsed products or strains. A diverse list of celebrities ranging from Wiz Khalifa to boxing legend Mike Tyson (Tyson ranches), Martha Stewart and Melissa Etheridge, among many others, have entered the industry.

Why branding is so important in the cannabis industry:

In a market with overwhelming choices and low levels of consumer insight, branding and outgoing marketing communications become vital for companies trying to cut through the noise.

Branding goes further than just a good package design. The cannabis industry is friendly, to say the least, with creatives. Walk in to a dispensary and you will see a vast variety of different designs for cannabis packaging varying from psychedelic, 70s referenced graphics to sleek minimal and high-end looking designs. This is important for companies wishing to give their products a distinct and memorable look and feel. However, this by itself, is not enough to provide a lasting impression or association with a company.

Cannabis is a new industry and a complicated product with a variety of uses from medicinal to recreational and spiritual (depending on the user). Many users are still unaware of the various positive (and sometimes negative) effects of cannabis and are looking for directions on how to consume in a safe and socially acceptable manner. Companies now have the opportunity to build lasting connections with customers by sharing their knowledge and educating users about the various ways to consume their product. Furthermore the opportunity to show off their products arises from educating consumers in how to become connoisseurs and experienced cannabis consumers.

Companies should be cutting through the noise and keeping their customers up to date with the latest information on their strains. Explain what you know about your strains so far (user feedback/ user experience), the science behind terpenes, why the flavour is so unique and recommend how consumers should use it. (i.e. this has been popular among people going jogging, this is popular for people who want to get into a creative zone etc). List the best strains according to mood or event. I.e. The best 5 strains for binge watching stoner comedies and getting the munchies with friends. Help create an event and process around the consumption of your strain which will optimise the user experience.

Show off your lab reports:

With so many scares about harmful pesticides finding their way in even legally grown cannabis (Leafly, 2017), sharing your lab results will put wary consumers at ease. Consistent transparency of lab reports and findings will help build brands’ long-term image as serious and professional in the industry.

TL:DR: Cannabis is legal in many places now and more countries are set to follow suit. Cannabis is a complex product. Despite its popularity user knowledge is low (because it was illegal and unregulated for so long + there was a boom in the development of new strains, edibles, extracts and peripherals). Branding is very important to stand out from the crowd. However, this alone is not enough to create a long-term relationship with consumers. Educating consumers, transparency and certifications of quality are necessary for brands looking to establish themselves as household names in the industry. 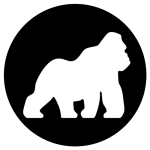 How to monetise a spotify playlist?

Have you built an awesome spotify playlist for a niche genre? Spent endless hours meticulously ...
By GuerrillaGorilla
September 13, 2019

How do i monetise my instagram page (if im not an influencer)?

This is a vital lesson for highstreet retailers trying to compete with ever growing and ...
By GuerrillaGorilla.CO
September 8, 2019